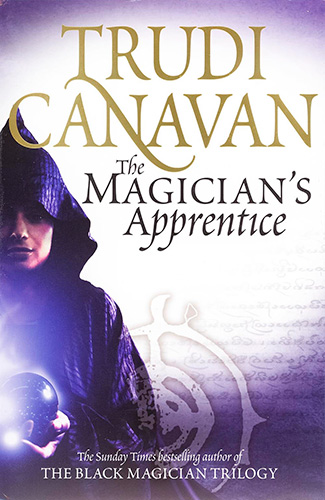 Prequel to the Black Magician Trilogy

Set hundreds of years before the events of The Magicians’ Guild, The Magician’s Apprentice is the perfect introduction to the world of Trudi Canavan’s international bestselling Black Magician Trilogy.

In the remote village of Mandryn, Tessia serves as assistant to her father, the village Healer – much to the frustration of her mother, who would rather she found a husband. Despite knowing that women aren’t readily accepted by the Guild of Healers, Tessia is determined to follow in her father’s footsteps. But her life is about to take a very unexpected turn.

When treating a patient at the residence of the local magician, Lord Dakon, Tessia is forced to fight off the advances of a visiting Sachakan mage – and instinctively uses magic. She now finds herself facing an entirely different future as Lord Dakon’s apprentice.

Although there are long hours of study and self-discipline, Tessia’s new life also offers more opportunities than she had ever hoped for, and an exciting new world opens up to her. There are fine clothes and servants – and, she is delighted to learn – regular trips to the great city of Imardin.

But along with the excitement and privilege, Tessia is about to discover that her magical gifts bring with them a great deal of responsibility. Events are brewing that will lead nations into war, rival magicians into conflict, and spark an act of sorcery so brutal that its effects will be felt for centuries …